Headland United Methodist Church in Headland, Alabama commissioned us to design and build Stained Glass Windows to replace the existing iron roll out windows in the Church. Pictured are 2 of the windows and a gothic transom. One window with a painted medallion of a Christian Symbol and the other showing a picture of the “Empty Tomb”. The Gothic Transom shows “The Last Supper”.

The old window frames had to be cut out with torches and we built and installed bronze anodized frames for the new stained glass and installed Lexan on the outsides to protect them from vandalism. The church raised the money for the windows by allowing members to order windows “In Memory of a loved one”. The response was very successful and they not only raised enough money for the project but also for new windows in several other areas of the church.

Learn more about Church Door Collection from Doors by Decora » 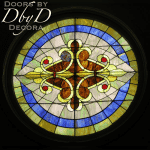 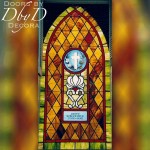