Our Southern Living door is a beautiful door that was featured in the April 2017 edition of Southern Living magazine.  Early in 2017, we were approached by the production staff at Southern Living and asked if we could provide a door for a “Before & After” article that they were working on.

The Southern Living staff really liked DbyD-1017 and wanted to know if we could do something similar but in smaller dimensions.  The cottage that Southern Living had chosen for their “Before & After” article had a smaller opening than the design they wanted to use. However, we were easily able to adjust the size of the door to fit their opening.

In an effort to further update their selected cottage, Southern Living chose to paint this door a dusty Caribbean blue rather than stain and finish it.  The result is a stunning display of color on a traditional Southern cottage.

In the gallery images, you can see a photo taken before the project started.  There is also a scan of the magazine page.

Learn more about Estate Door Collection from Doors by Decora »

Please send any attachments to needinfo@doorsbydecora.com. 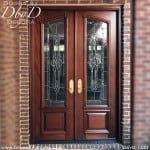 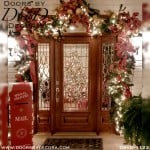